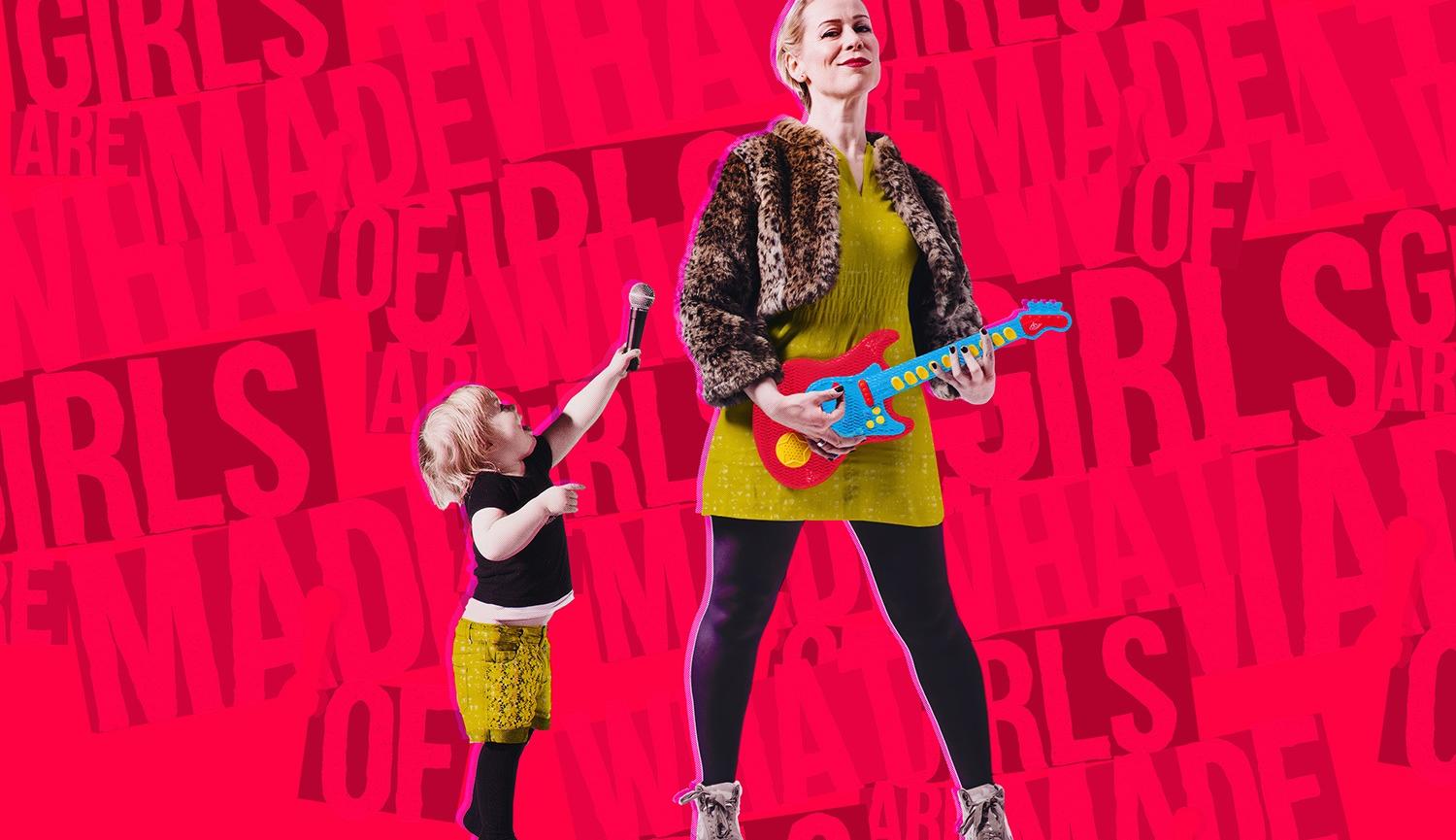 What Girls Are Made Of

Based on Cora Bissett’s teenage diaries, 2018 Edinburgh Fringe hit What Girls Are Made Of charts the true story of her roller-coaster journey from 90s indie-kid hopeful to wised-up woman.

Touring with Radiohead, partying with Blur, she was living the dream. Until she wasn’t... Cora celebrates life’s euphoric highs and epic lows, asking what wisdom we should pass to the next generation, and which glorious mistakes we should let them make.

Performed with a live backing band What Girls Are Made Of features a killer setlist studded with songs by 90s indie legends and inspirational female artists – from Nirvana to Dolly Parton to Patti Smith.

What Girls Are Made Of 2019 Trailer

⭐⭐⭐⭐⭐ 'A thing of wonder' All Edinburgh Theatre

Suitable for ages 14+, contains some strong language and strobe lighting

Meet the Writer & Performer - Cora Bissett in conversation with Joe Douglas
Thu 5 Sep (after 7.30pm show)
FREE (with a ticket for that evening's performance)

What Girls Are Made Of