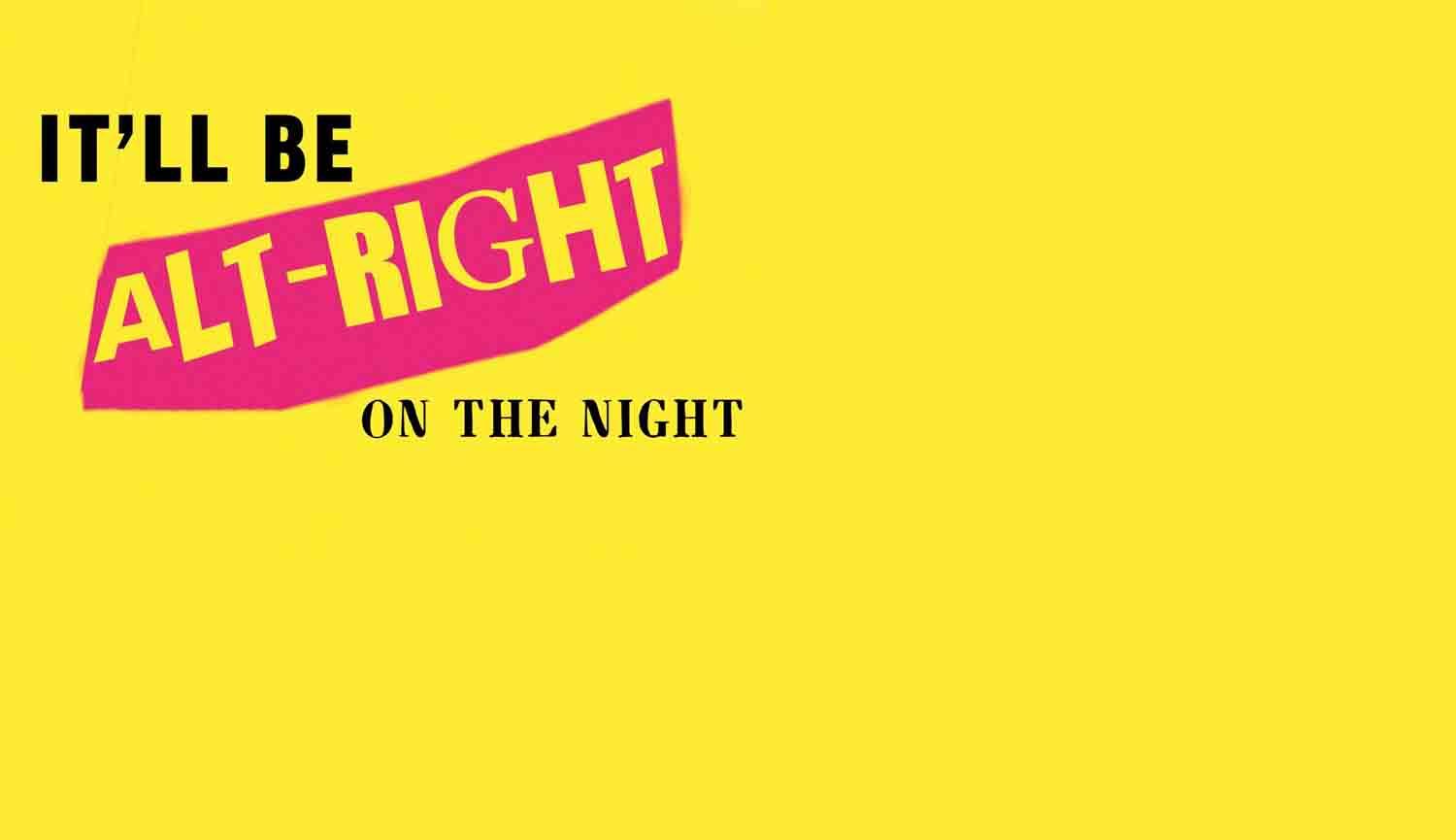 It'll Be AltRight On The Night

This is a story about me and ‘Steve’ - Steve is not in fact his real name, but a pseudonym, for a friend I’ve known for a long time, who I suspect may be a massive racist…

We’ve not always seen eye to eye - different football teams, different taste in girls - but I never thought I’d be accusing him of being ‘A Nazi’ in a car park of Lidl on the night of June 9th. Kind of ironic now that he introduced me to ‘Nazi Punks F**k Off’ by the Dead Kennedy’s.

It’ll Be Alt-Right is the story of friendship, disenfranchisement, punk-rock and a global movement - born of economic, political and social frustrations. Though a fusion of theatre, comedy, cabaret and jazz-punk, It'll Be Alt-Right explores the discourse between two lives and asks what it’s like to be a disenfranchised young man in modern Britain.

Is conservatism the new punk?

'Greenhough’s show does a lot of things very well. His writing is not just sharp and funny, it’s actually quite lovely.'  Exeunt Magazine

Live Theatre Bursary Winner for 2018, Matt Greenhough is an award-winning theatre maker, actor, playwright and comedian from Sheffield. He trained as an actor at Northumbria University graduating in 2013 with First Class Honors. While studying, as well as working front of house at Live, he was part of the team that was awarded first prize at the Dioiz International Theatre Festival in Croatia for a devised piece: In Our Hands.

He is the creative director of Wound Up Theatre, formed in Newcastle in 2013, now based between London and the North. Wound Up's latest production was a restaging of their 2015 Amnesty International Freedom of Expression Award listed show: Bismillah! An ISIS Tragicomedy.The show, which Matthew wrote and performed was 'highly commended' during its sell out critically acclaimed run at the VAULT Festival 2018, before transferring to The Pleasance Theatre, Islington for a three weeks to open their new 'Pleasance Downstairs' space. Bismillah! also enjoyed a national tour including a performance at Live Theatre.

It'll Be AltRight On The Night