Rattle Snake is a frightening and intense piece, a story of incredible strength but also of entrapment, shame and struggle. My challenge when coming to the design was how to create an intense space to focus the drama and to find a way of communicating the subtle violence lying just below the surface of the relationships.

The violence of Rattle Snake lies in the everyday, the insidious nature of emotional abuse in the home. We've all watched couples fall apart: taken sides, made judgments, offered good and bad advice, laid blame. But much of the time we remain unaware of the intricacies involved. Charlotte Bennett, the director, and I discussed the showy tendencies of the male character in the play, James, who grandstands and plays the jilted man in front of their friends and in court in order to hide his own manipulations beneath the sob story of his “hysterical” partner. We were disturbed by the sly manipulations of the emotionally abusive partner: so skilful and underhanded, like a boxer cheating in the ring and the audience loving him anyway. 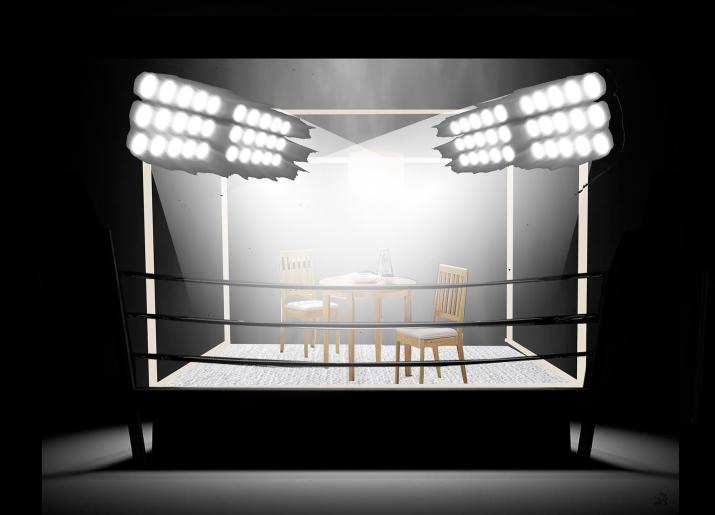 I looked at images of boxing arenas and cage fights: places where violence is publicly performed. Working closely with lighting designer Ali Hunter we've created an aggressive and uncompromising space, a sparring platform isolated by lights where the struggle takes place, not just in court, but in the home, every day. We wanted a space which could change from cosy and safe to dangerous at the flick of a switch, just like the homes of the women in the story when their emotionally abusive partners snap.

Like a specimen under a microscope or a caged animal at the zoo: its a painfully public and exposing environment where all eyes are on the unhappy couple. Shame and social expectations play their own part in imprisoning women in emotionally abusive relationships and we wanted the experience of watching to feel uncomfortable for the audience themselves.

Emotional abuse was very recently codified into English law but the parameters are still hazy and the average person remains largely uninformed as to what emotional abuse is and how to spot it, let alone how damaging it can be. We are still at a stage that, without bruises, people often cannot recognise the “evidence” of abuse from the outside looking in. Rattle Snake hopes to put that dilemma literally in a spotlight. Maybe you want to look away. But you shouldn't.

Model of set for Rattle Snake designed by Anna Reid 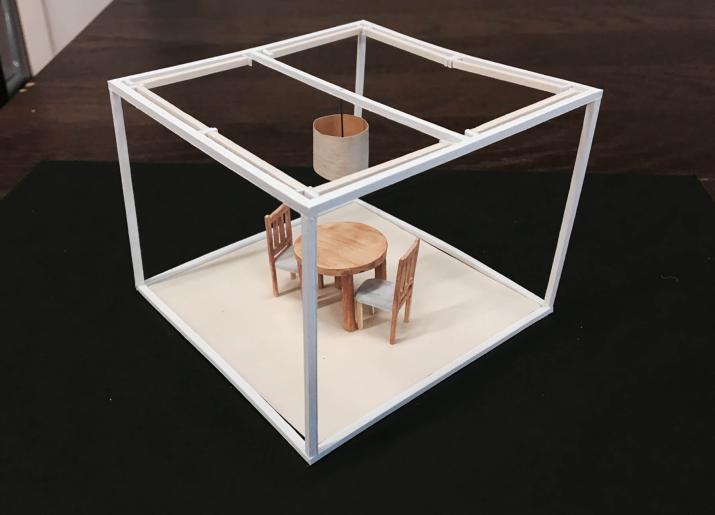