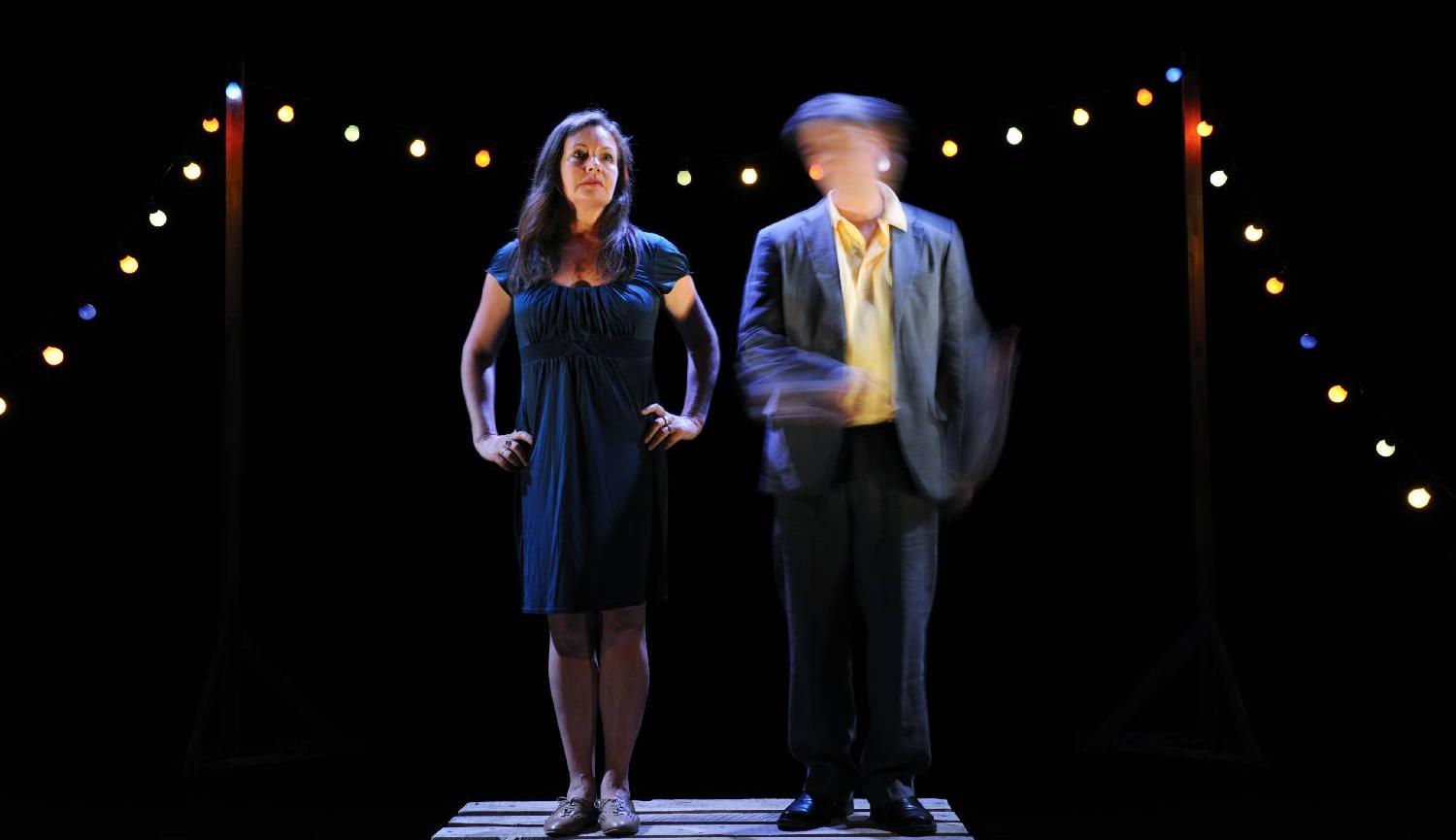 Tomorrow’s Parties is a playful, poignant and at times delirious look forward to futures both possible and impossible. On a stage framed by colourful lights, this seemingly minimal performance soon reveals itself as a low-fi theatrical explosion. Two performers enjoy the pleasure of invention as their suppositions tale them in different directions.

From utopian and dystopian visions, science fiction scenarios, political nightmares and absurd fantasies, Forced Entertainment deliver a thought-provoking survey of hopes and fears as they speculate about what the future might bring.