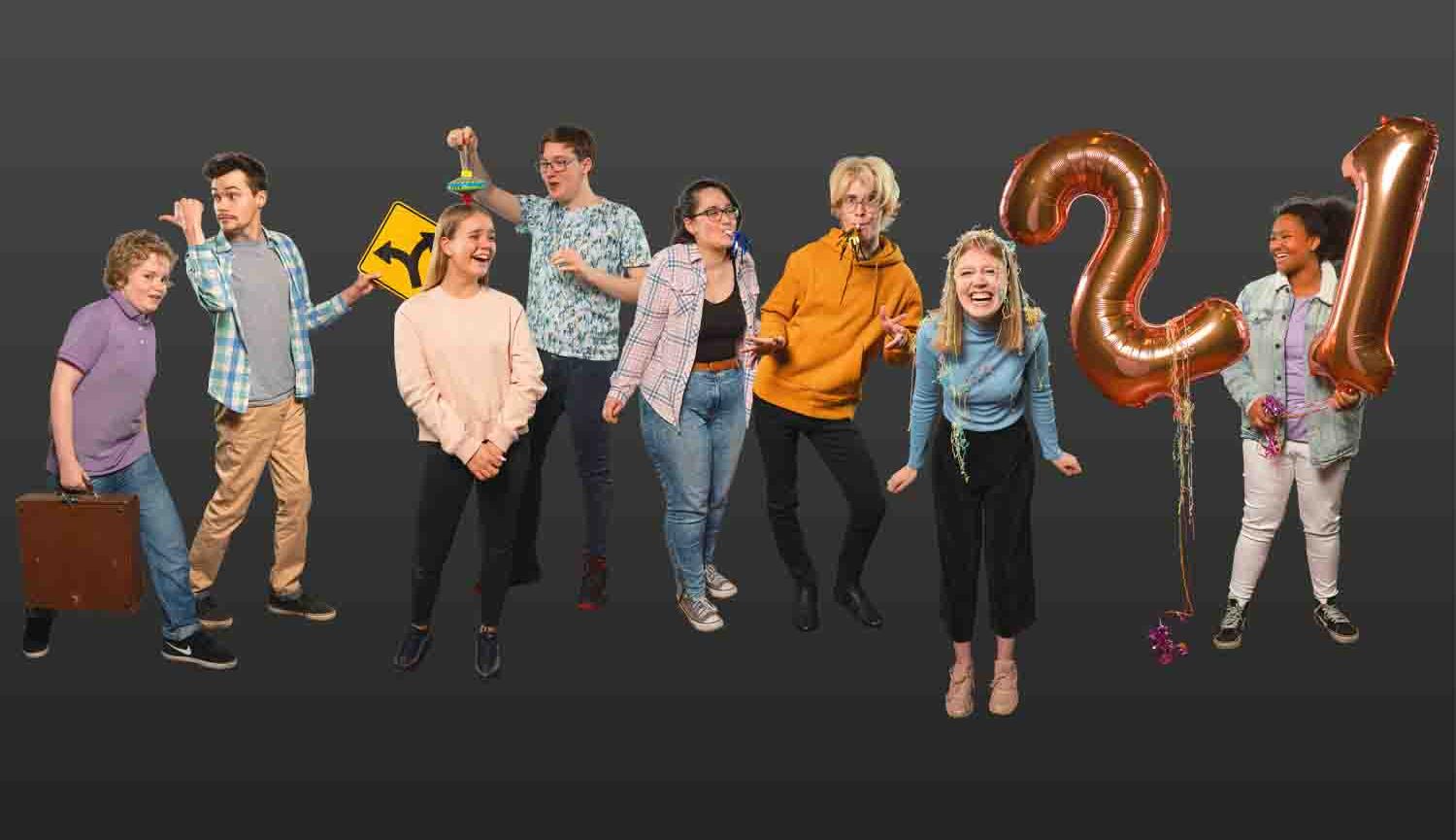 A weekend of performances devised and performed by Live Youth Theatre to celebrate the 21st birthday of Live Youth Theatre. The members chose the title Turning Points after riffing on the number 21 as a turning point in the lives of young people - being young, growing up and where we are heading in the 21st century. Young people living in the 21st century face numerous turning points; some they have already taken, some are approaching, some they can't influence and some they can.

Join us to celebrate the talent of young people in this region, delve into their minds and hear their thoughts out loud in an eclectic weekend of theatre, music, spoken word and comedy from Live Youth Theatre's exceptional young people.

Standing Up!
Written and performed by Live Youth Theatre members

Introducing some of the freshest young stand-up artists the North East has to offer. Having worked with local comedian John Scott, members of Live Youth Theatre have been honing their own material, to share for one night only. Be prepared to laugh a lot!