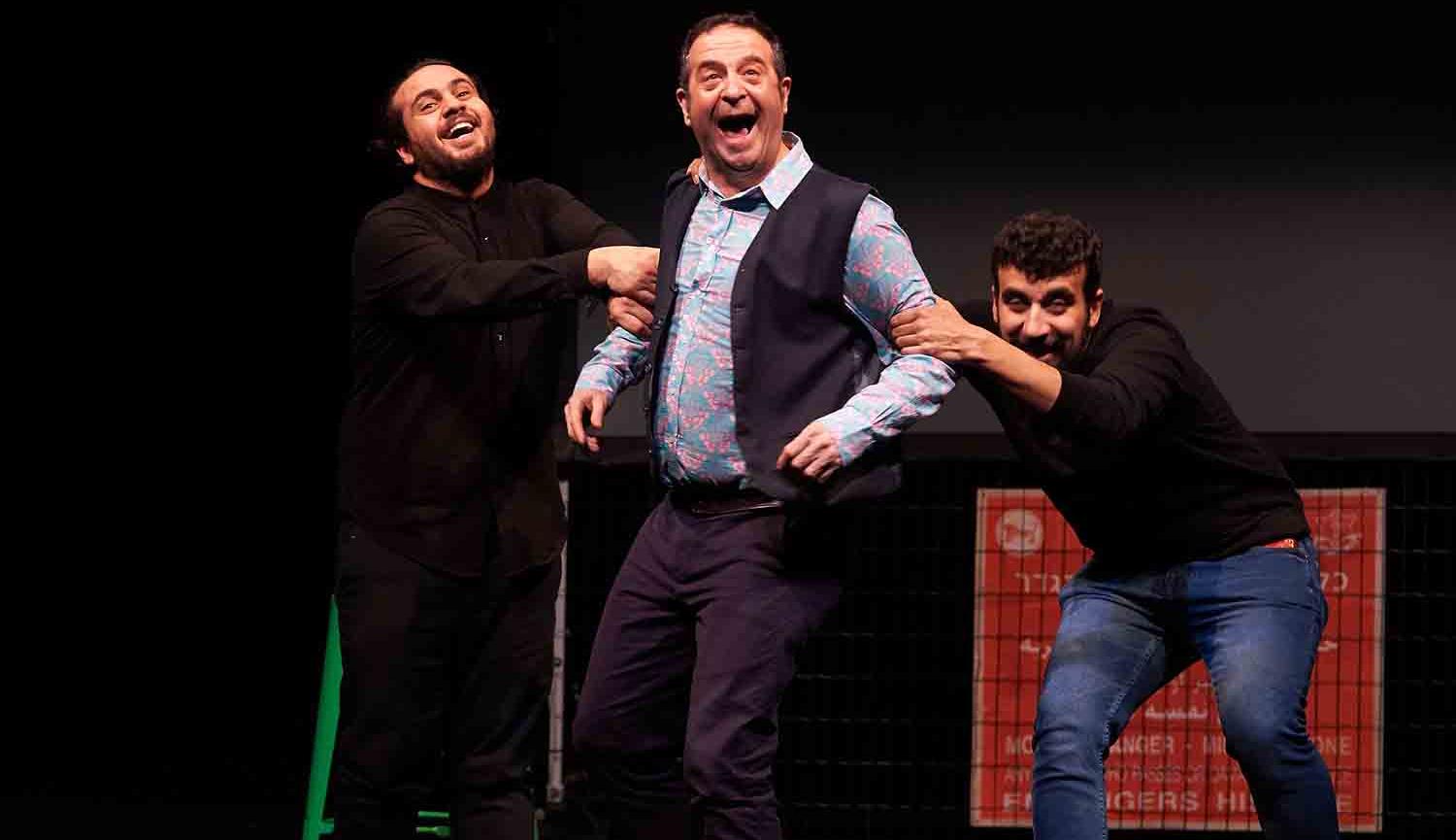 Showtime From The Frontline

Join us at Live Theatre for a film screening of the hit show followed by a post show Q & A with Joe, who will be talking about the time he spent in West Bank with Mark at the Jenin Freedom Theatre.

Dodging cultural and literal bullets, Israeli incursions and religion, Mark Thomas and his team set out to run a comedy club for two nights in the Palestinian city of Jenin. Only to find it’s not so simple to celebrate freedom of speech in a place with so little freedom.

Jenin refugee camp, home to Jenin Freedom Theatre and to people with a wealth of stories to tell. Mark tells this story alongside two of its actors and aspiring comics Faisal Abualheja and Alaa Shehada.  A story about being yourself in a place that wants to put you in a box.

Showtime From The Frontline was directed by Joe Douglas, just before he became Live Theatre’s Artistic Director.

Post Show Q&A
Director Joe Douglas discusses the time he spent in West Bank with Mark at the Jenin Freedom Theatre.
Fri 8 March (after 7.30pm film screening)
FREE, with a ticket for the film

Showtime From The Frontline