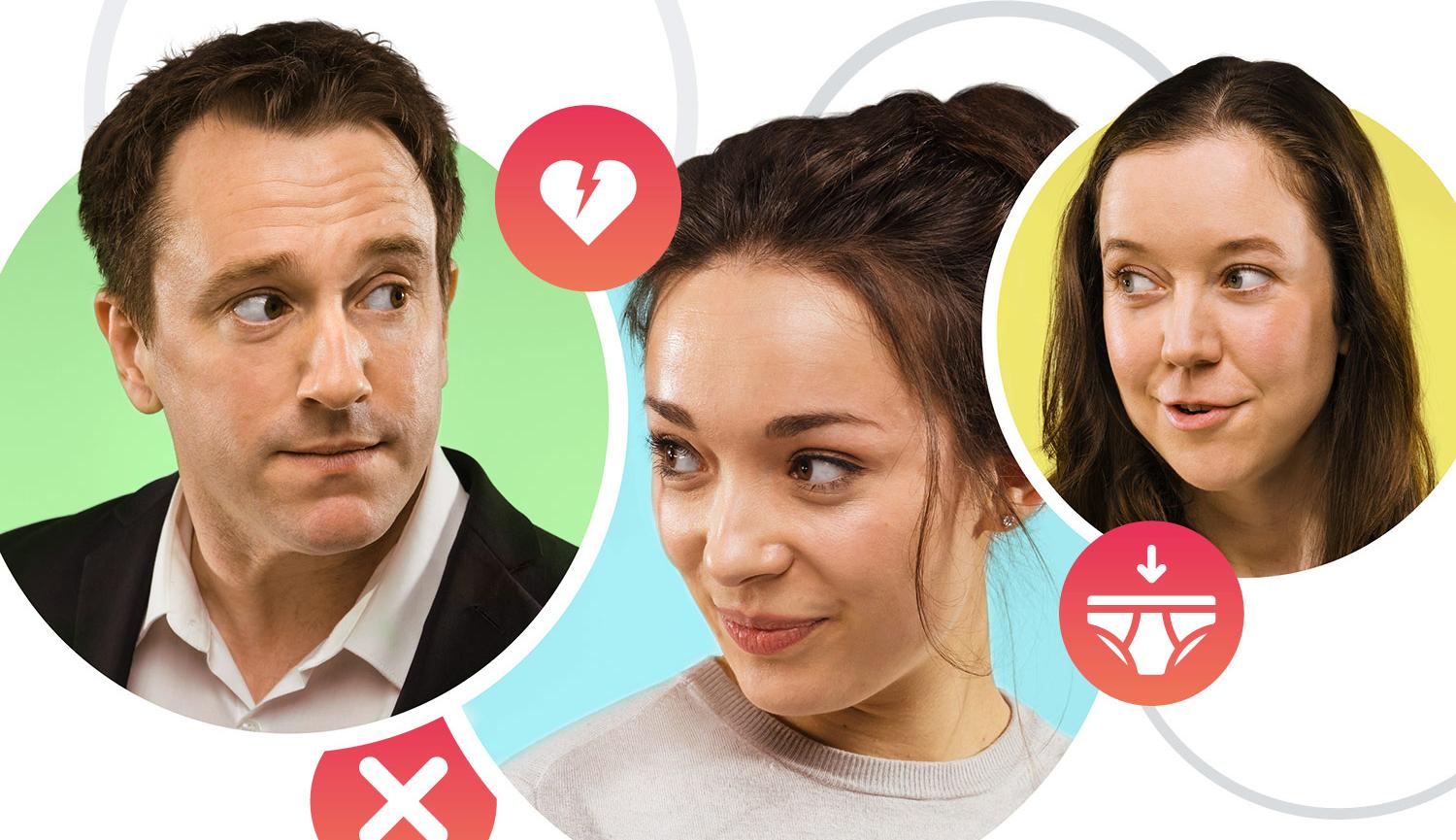 Where do you meet people? Where are people meeting each other? Pubs? The Gym? Tinder? **** Off.

Tom’s got a new job and zero love life. But after getting together on a Friday night drink with Amy from the office they start a whirlwind romance more like a category 5 hurricane.

As true love and calamity collide, can these two escape the memory of past relationship disaster? And can two lonely hearts finally make a match?

Live Theatre's production of this award winning play from writer D.C. Jackson (who also wrote for Channel4 series Fresh Meat) has been specially adapted and updated for the North East following its successful premiere at the Edinburgh Festival Fringe in 2010, where it won a Fringe First, and is directed by Emeritus Artistic Director Max Roberts.

Following three thirty somethings, this laugh out loud comedy shows that there's two sides to every story, especially when your romantic history is 'as complicated' as Tom and Amy's.

‘firecracker of a play… this earthy reflection of now - a 21st Tyneside.’ The Journal

'Fresh, funny and frank.' The Chronicle

'I haven’t laughed so much in a theatre in a long time. And that is the absolute truth...you really should go and see it.' British Theatre Guide

'memorable one-liners...very funny' ★★★★ Once Upon A Tyne

‘Overall one of the best theatre plays I’ve seen in a long while, thoroughly believable and true to life...highly recommended.’

'A hilarious production, full of energy, which hits the spot on all counts.' North East Theatre

'Spiced with hilarious observational detail…a comedy of bad manners and embarrassments.' ★★★★ The Guardian

'Loved it! Great script, direction and performances! And will only get better! Best thing for quite a while, and we've seen some good stuff here!'

'Absolutely fantastic. I was captivated the entire way through and laughed non stop.'

Writer, actor and poet Tracy Gillman chairs a discussion with guests including Actor Bryony Corrigan who plays Amy in My Romantic History looking at women and comedy on the stage.

Includes discussion of an adult nature and strong language.
Recorded Saturday 5 May 2018.

Max is the Emeritus Artistic Director and a founding member of Live Theatre. Over the years Max has worked with some of the country’s finest playwrights, all with strong connections to the North East region including C.P. Taylor, Tom Hadaway, Alan Plater, Julia Darling, Pater Straughan, Lee Hall, Michael Chaplin, David Almond, Shelagh Stephenson and Patrick Marber.

Max’s recent productions for the company include The Red Lion, which premiered at Live Theatre before transferring to London’s West End, and was nominated for an Olivier Award 2018 for Outstanding Achievement in an Affiliate Theatre, Harriet Martineau Dreams of Dancing by Shelagh Stephenson, The Savage by David Almond adapted from his novel, and Wet House by Paddy Campbell which won a host of Journal Culture Awards including Best Production, and transferred to London’s Soho Theatre.

In 2014 Max was awarded an honorary doctorate of letters from Northumbria University as an acknowledgment of his work in theatre and in 2016 he was given a professorship at Sunderland University. In 2011 Max received the Journal Culture Award's Special Contribution Award which was given to honour his achievements in bringing national and international recognition to the work of Live Theatre.

Alison gained a 1st class degree in theatre design and has since designed a wide range of productions for numerous theatre companies throughout the country. After learning her trade at the Birmingham Rep, RSC, Young Vic and Half Moon, London she was Associate Designer at the Royal Theatre Northampton where one of her favourite designs was for the lavish restoration comedy The Way of the World.

Since moving to Newcastle she has designed for Open Clasp Theatre Co. and Theatre sans Frontiers.

Alison has created artwork and installations for Centrica and Newcastle Building Society and since she made the Storytelling Chair for Seven Stories has produced many more for schools, libraries, theatres and Durham Cathedral.

Last year she designed Freedom on the Tyne alongside director Tim Supple, a large scale community project which culminated in a procession through the city and a performance on the Tyne Bridge.

Alison designed The Savage and Harriet Martineau Dreams of Dancing at Live Theatre and is delighted to be designing My Romantic History.

Ben Holland is a pen & ink illustrator from Newcastle upon Tyne. His hand drawn artwork, released under the moniker Low Moon Over High Town, concentrates on the region's less heralded architectural wonders, from the pub to the local barber shop. His work has been exhibited extensively in the very venues he draws, as well as on-stage at the Tyne Theatre & Opera House for his 2015 exhibition, Freeze Frame, featuring eight drawings of Newcastle's old cinema buildings.

For Live Theatre casting includes The Red Lion, Harriet Martineau Dreams of Dancing, The Savage, What Falls Apart, A Walk On Part, Flying into Daylight, Tyne, and Wet House. 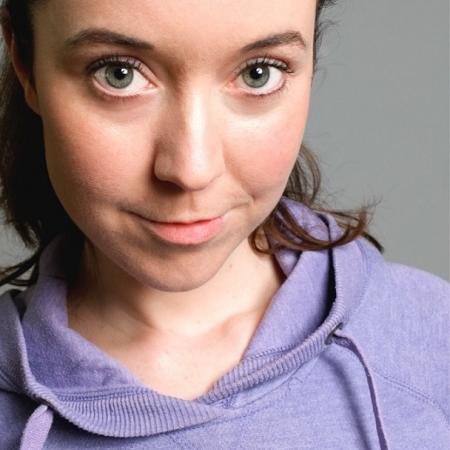 Amy trained at the Guildhall School of Music and Drama.

Amy has previously appeared in Harriet Martineau Dreams of Dancing, A Northern Odyssey and White Rabbit Red Rabbit at Live Theatre. Her other theatre credits include one-person show Scorch (Soho Theatre and International Tour) for which she won the Summerhall Best Actor Award, Hecuba (RSC), Forever Yours, Mary Lou (Theatre Royal Bath), Shadow of a Gunman (Abbey/Lyric Theatre) and Sons Without Fathers (Arcola)

Her television and film credits include Witless (BBC3), Philomena (Pathe/BBC/Canal+), The Great Fire (ITV) and Call The Midwife (BBC).

Amy is also a poet and her debut collection Are You As Single As That Cream? is published by Burning Eye. 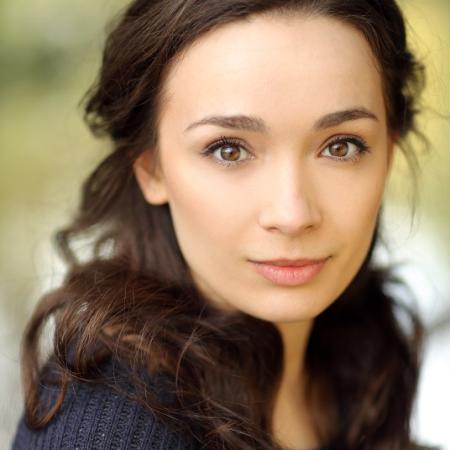 Bryony trained at LAMDA and is a member of Mischief Theatre Company. 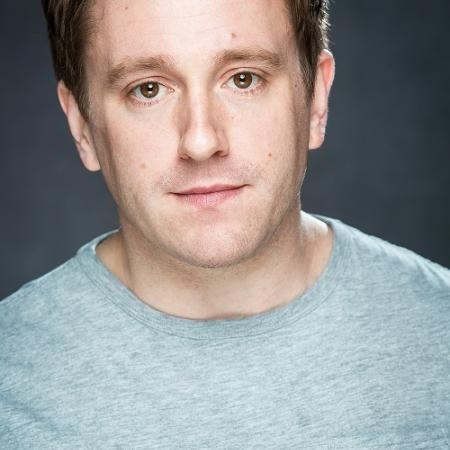 Brian has previously appeared in The Pitmen Painters at Live Theatre, National Theatre and on Broadway New York. His other theatre credits include Othello at Tobacco Factory, Noises Off at Northern Stage, Martyr at Unicorn Theatre, War Horse in the West End and Bedroom Farce at West Yorkshire Playhouse.

His TV and film credits include Hustle and Doctors (both BBC), The Other Possibility (Pinball Films), Valiant (Vanguard Animation) and Goal (Sony Pictures).

His radio credits include The Pitmen Painters and Nowt to Look at (both on BBC Radio 3).

Thursday 10 May, 1pm (before the 2pm show)
A hands on tour of the set, describing props, costumes, characters, especially for visitors with visual impairments.
FREE, must be pre-booked (does not include a ticket to the performance)