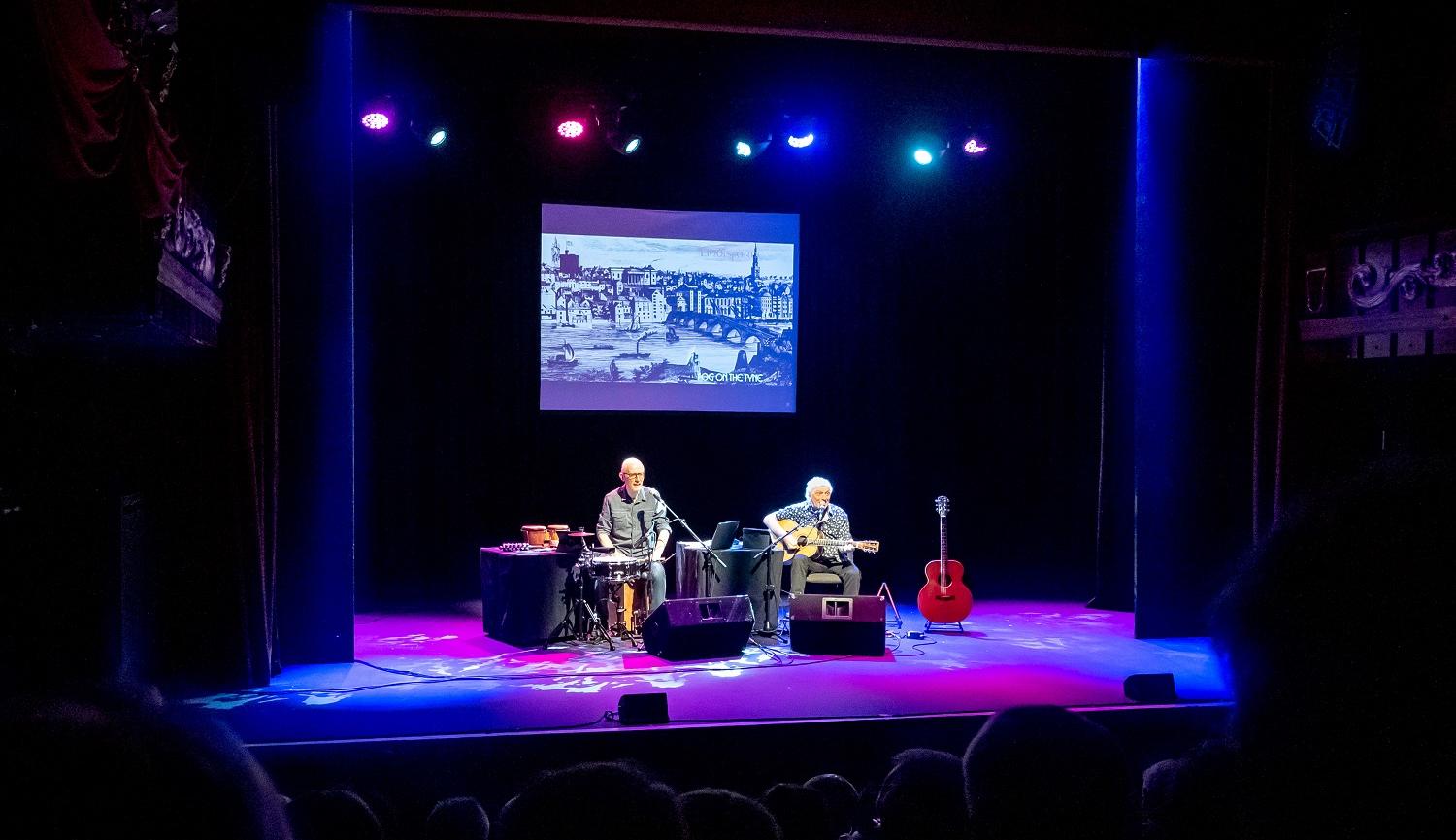 A joyful, funny and emotional celebration of Tyneside's favourite group illustrated with anecdotes, rare video and unseen photographs. Original members Ray Laidlaw and Billy Mitchell share first-hand the story of Lindisfarne, from their early days in the pubs and clubs of Tyneside before bursting onto the UK music scene in 1970, followed by international success. The show includes acoustic performances of some of the band’s greatest songs, (many written by Alan Hull when he worked at St. Nick’s and also featured in Clear White Light).