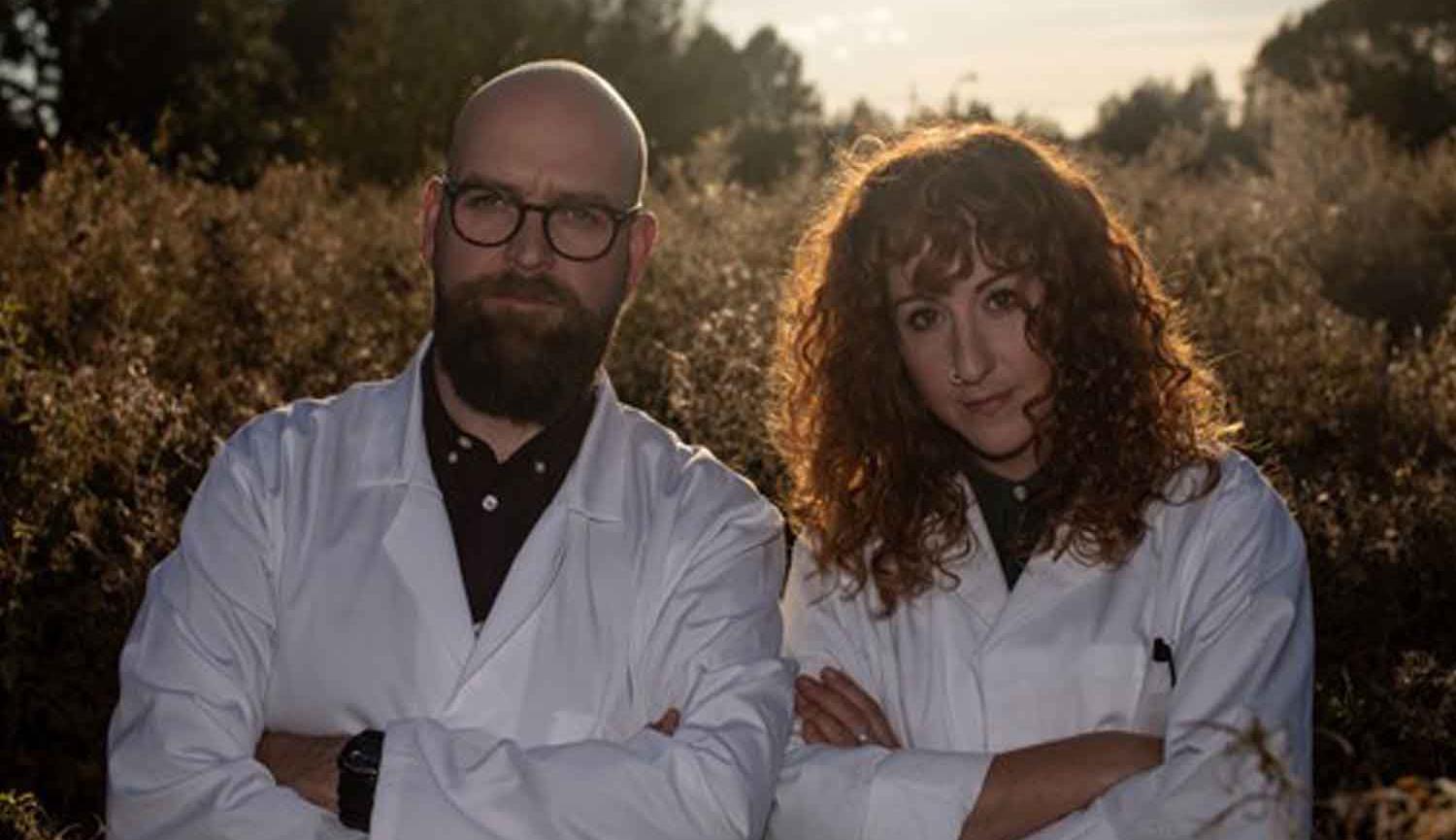 Snape Maltings, Aldeburgh 2016. Megan Henwood and Findlay Napier are a few hours into an EFDSS (English Folk Dance Song Society) songwriting retreat. They are outside drinking their seventh coffee of the morning - Napier’s driven nine hours from Glasgow and is a bit wobbly, Henwood’s back from a month long writing trip to Nashville and is jet-lagged and delusional. “Fancy writing a song about maths?”  Napier enquires. And so the seed for this songwriting partnership was sewn. Their collaboration has led to the creation of songs about the hermit known as The North Pond Phantom, WBAI host Bob Fass’ lifesaving broadcast on 6th November 1971, Georg Cantor’s struggle with infinity, maths and God, plus something about shepherds and leaders. They are yet to write a song about pickup trucks…or beer.

Megan Henwood is an artist who calls on the elements in her songwriting. The distinguished English singer-songwriter is far too self-deprecating to describe herself as a force of nature but her third album ‘River’ reaffirms her unique ability to create roots music of beguiling purity from what’s around her.

Findlay Napier is one of the finest songwriters and storytellers of the contemporary Scottish folk scene and has an insurgent talent that comes on like a Caledonian Loudon Wainwright. His most recent album ‘Glasgow’ captures the timeless essence of one of the world’s great cities, distilled to artful acoustic guitar and Napier’s remarkable voice.

“…one of the finest songwriters and storytellers of the contemporary Scottish folk scene.”