Your Voice Your Future: North East

YOUR VOICE YOUR FUTURE: NORTH EAST

What is the future we want for ourselves? How might the world be reimagined?

Eight, North East writers have been selected and specially commissioned to bring you their answers. This is the Live Theatre debut for each of the writers.

Expect a theatrical rollercoaster of a journey through our region, exploring the people, the politics, and the place.

Your Voice Your Future: North East will feature:

Frubes, Crème Eggs and Massive Slags by Lydia Brickland
Chelsea, Sally and Trix are on their lunch break - Chelsea has to go pick up the Pill which is obviously a big deal. As they hang about by the pharmacy, they talk school, life and relationships. However when conversation turns to Chelsea's secret boyfriend, things are definitely not as they seem.

The Southern Side of the Wall by Miles Kinsley
Sal and Baz have been posted to the wall that now separates England and Scotland. They don't know why. They don't know for how long. And they don't know what lies beyond. With nothing else to do, they question what life in Scotland now looks like, and whether this newly established independence might ever be possible for the North...

Do You Know Who We Are? by Lizzie Lovejoy
Do you know who we are? We are in the words we speak, but what is speech when it's not free? A voice of a region is being taken, and it's time to stand under Grey's Monument and tell the world who we are. A spoken-word protest about a future which is far too close to reality.

Labels by Fleur Nixon
A group of strangers trapped on a delayed Metro discover that outward appearances aren’t always what they seem to be.

Wyrm by Nic O’Keeffe
After breaking up with her girlfriend, Lucy moves back to her hometown, Sunderland. Struggling to adjust, she begins to have unsettling dreams about something growing at the foot of Penshaw Monument, until reconnecting with an old school friend causes her to re-examine how she thinks of ‘home.’

On The Edge by Susannah Ronnie
On the edge of turning 18, Jac is sitting on a cliff edge in the middle of the night, eating Mars bars, swigging vodka and talking to a stranger whilst A level results and environmental disaster both loom on the horizon.

Your Future Cabaret Show by Jenni Winter
Just when you thought the cabaret couldn’t get any more fabulous, welcome to the Cabaret of the Future. Where the songs are sublime, the singers are sensational, and of course the orchestra is still beautiful.  Framing the plays of Your Voice Your Future: North East are a selection of brand new cabaret showtunes, composed and performed by Jenni Winter... and her Piano of Destiny

Tenure by Jack Young
The rise and fall of a northern Prime Minister who discovers the power of unchecked rhetoric, with devastating consequences.

Get ready to experience new work today by the stars of tomorrow.

Your Voice Your Future: North East is generously supported by The Idlewild Trust. 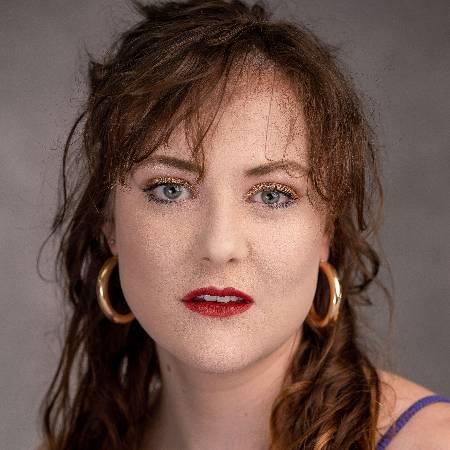 Lydia Brickland is a performer, writer and burlesque artist from Gateshead. She likes to tell stories about big complex issues and in a fun, lively and accessible way. She is one of the founding members of all womxn's comedy collective Your Aunt Fanny and has written and performed with them on; 'Muff Said' (2022), 'The CumBack' (2021), 'Bonnie and Fanny's Christmas Spectacular' (2019 - 2022) and 'Minge Unhinged' (2019 - 2020). She is currently working on her solo show 'Dear Sophie Ellis Bextor', which explores queer icons and stereotypes. She's interested in how queer women and non-binary people take up space on stage and this has been her primary focus of her MA at Rose Bruford College. Her work is humorous, playful and there is a radical kindness in all of her work.

Miles Kinsley - writer The Southern Side Of The Wall

Miles is an actor, writer, and theatre practitioner, based in both South Shields and North Yorkshire. This is Miles' first professionally produced play as well as his first time working with Live Theatre. Miles is particularly passionate about theatre which examines current social and political issues as well as that which discusses the experiences of living in the North. Recent acting credits include Cupid in 'Love's Victory' (ELART Productions), Martin in 'Greatest Britain' (The New Works Playhouse), and Horatio in 'Hamlet' (Theatre Space North East). 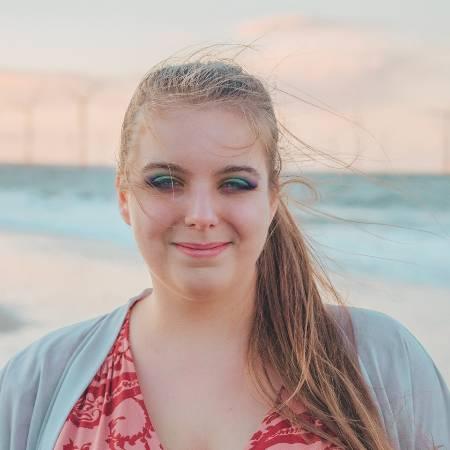 Lizzie Lovejoy - writer Do You Know Who We Are?

Lizzie Lovejoy is a working-class, story-telling artist based in the North East of England. Using a mix of written-works, illustration and spoken-word, Lovejoy explores the heart and soul of this region, observing, writing and visually interpreting our stories and histories. Born in the North, Lovejoy has dedicated their life to celebrating and exploring the culture and heritage of the local area. From spoken word performances at festivals and rural venues, to visual art exhibitions in Northern spaces, Lovejoy creates work for and inspired by the people they surround themselves with, as well as their own personal experiences. 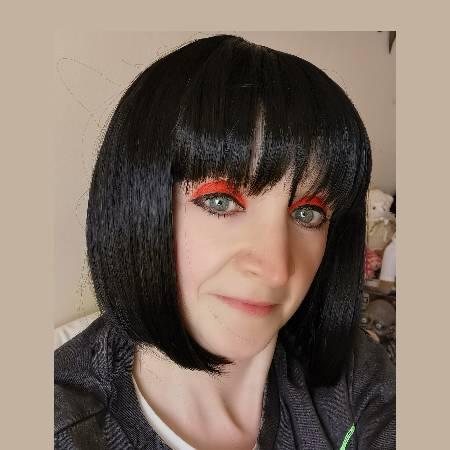 Currently living in North-East England, from 2005 until 2014 Fleur lived in London. Living in London opened Fleur up to a new creative culture.
Although Fleur has been writing short stories since school, she only started writing plays within the last two years after rediscovering a short monologue she had written over ten years ago, during lockdown in 2020. This discovery led to completing Newcastle Live Theatre’s online playwriting course which took place over zoom in 2021. Labels will be Fleur's first professionally produced piece for the stage.

Nic is a writer and performer from Sunderland. In 2021 her short film ‘Sparklers’, produced by Big Deal Films for BBCIplayer as part of their series ‘Sparks’, won the Broadcast Digital Award for Best Short-Form Scripted. Her digital monologue ‘Ten Minutes Away’ (which she also performed) was part of the Bread and Roses Theatre’s 2021 VDay Celebrations, which was nominated for an LPT Award, and her comedy pilot ‘In The Middle’ was recently longlisted for the 2022 Funny Women Awards, sponsored by Sky Studios. Nic enjoys exploring themes of loss, loneliness and self-discovery, often through a surreal or supernatural lense. Her works often draws on her experiences as a queer, working class, northern woman, creating work that explores, but isn’t defined by, these identities. She attended Live Theatre’s drama youth group, and is thrilled to be making a return to Live as a writer! 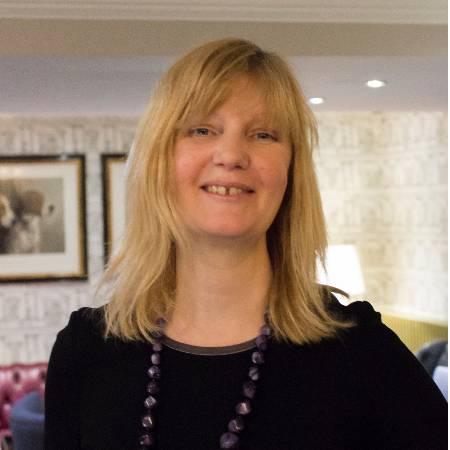 Susannah Ronnie - writer of On The Edge

Susannah Ronnie works across playwriting, poetry and visual art. Her focus is the fictionalising of history and she has engaged with periods as diverse as the Stone Age, seventeenth century and WWII. 'Poems in Digging Up the Dead' (Red Squirrel Press, 2014) explore her maternal grandparents’ wartime experiences and she was commissioned to write her Mesolithic play 'After the Ice' by Queen's Hall Arts in Hexham (supported by a Hosking Houses Trust residency). Earlier this year Susannah completed a practice-led Creative Writing PhD fully-funded by Northumbria University and received a Northern Writers’ Award for the resulting creative work with out end, which fuses research and poetry to imagine and interrogate events surrounding a mutiny in 1611. 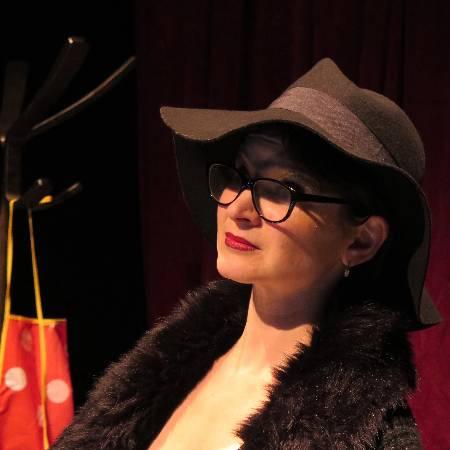 Jenni is a  North Supported Artist at Northern Stage, where she will perform her solo show, 'Mother’s Ruin' in September, before touring to Laurels, Alphabetti Theatre and Prohibition Cabaret Bar. She is a musician with the School of Improv and enjoys  performing with Notflix! The Improvised Musical whenever they’re up North.

Jack Young is a writer and actor from South Shields. He is currently a student on the BA Acting programme at the Royal Conservatoire of Scotland. He completed Live Theatre’s Playwriting course in 2021 and is also a performance poet, showcasing his own work at spoken word nights in Glasgow and the North East.

Your Voice Your Future: North East