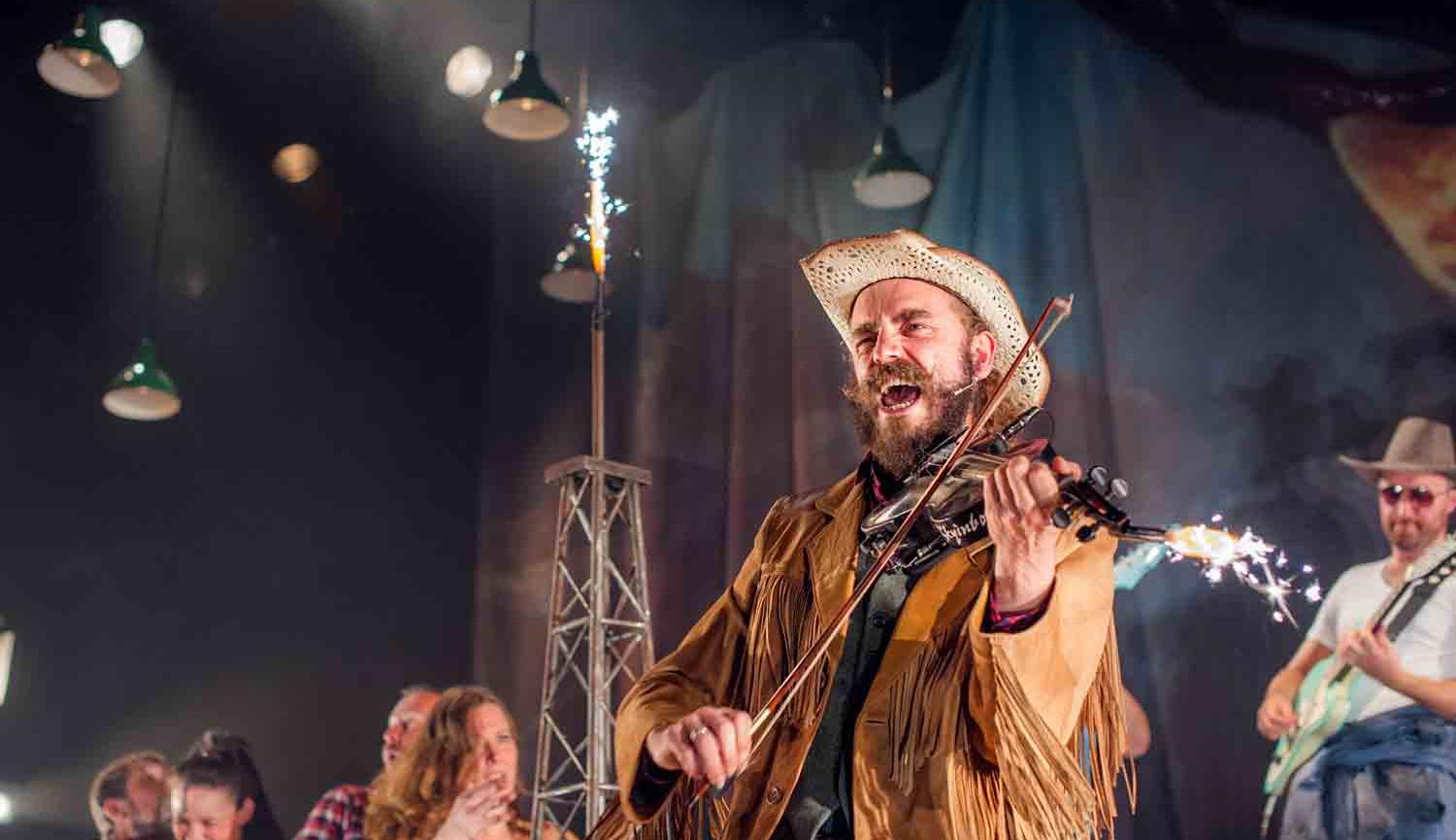 The Cheviot, The Stag & The Black, Black Oil

From the highland clearances to the oil boom, this is the universal tale of how the greed of a few blights the lives of the many.

Add a generous dose of Scottish rebellion and irreverence. Throw in some live music and a riotous ceilidh - you’ve got yourself a rollicking great night out.

1973 was a big year for radical, working class theatre. Whilst Live Theatre began touring into social clubs around Newcastle, 7:84 Theatre Company were doing the same with The Cheviot… across Scotland. The two companies were part of the same struggle.

45 years on, this new production of The Cheviot… takes the story back to its roots by visiting village halls in the Highlands and Islands, echoing the play’s original 1970s tour. The play was a phenomenal success for Joe Douglas in 2015, before he became Live Theatre’s Artistic Director.  He returns to direct, bringing it to Live Theatre, the only English venue on the tour.

Come and experience the "Story that has a beginning, a middle but, as yet, no end…

Director Joe Douglas on The Cheviot, The Stag and the Black, Black Oil

Teaser from The Cheviot, The Stag And The Black, Black Oil

⭐⭐⭐⭐ 'buoyant revival of a Scottish classic' The Guardian

The Independent (review of 2015 production)

The Guardian (review of 2015 production)

Pre Show Ceilidh
Join the cast and musicians for a short pre-show ceilidh half an hour before each performance.
FREE

How the play uses history to think about the future by Dr Anne Tindley, Newcastle University
Tue 18 Jun (after 7.30pm show)
FREE with a ticket for the 7.30pm show

Take a tasting tour of the whiskies from the Highlands and Islands of Scotland with Live Theatre’s Artistic Director Joe Douglas inspired by locations mentioned in the play. Five tasting whiskies provided, crackers and snacks plus some good craic.