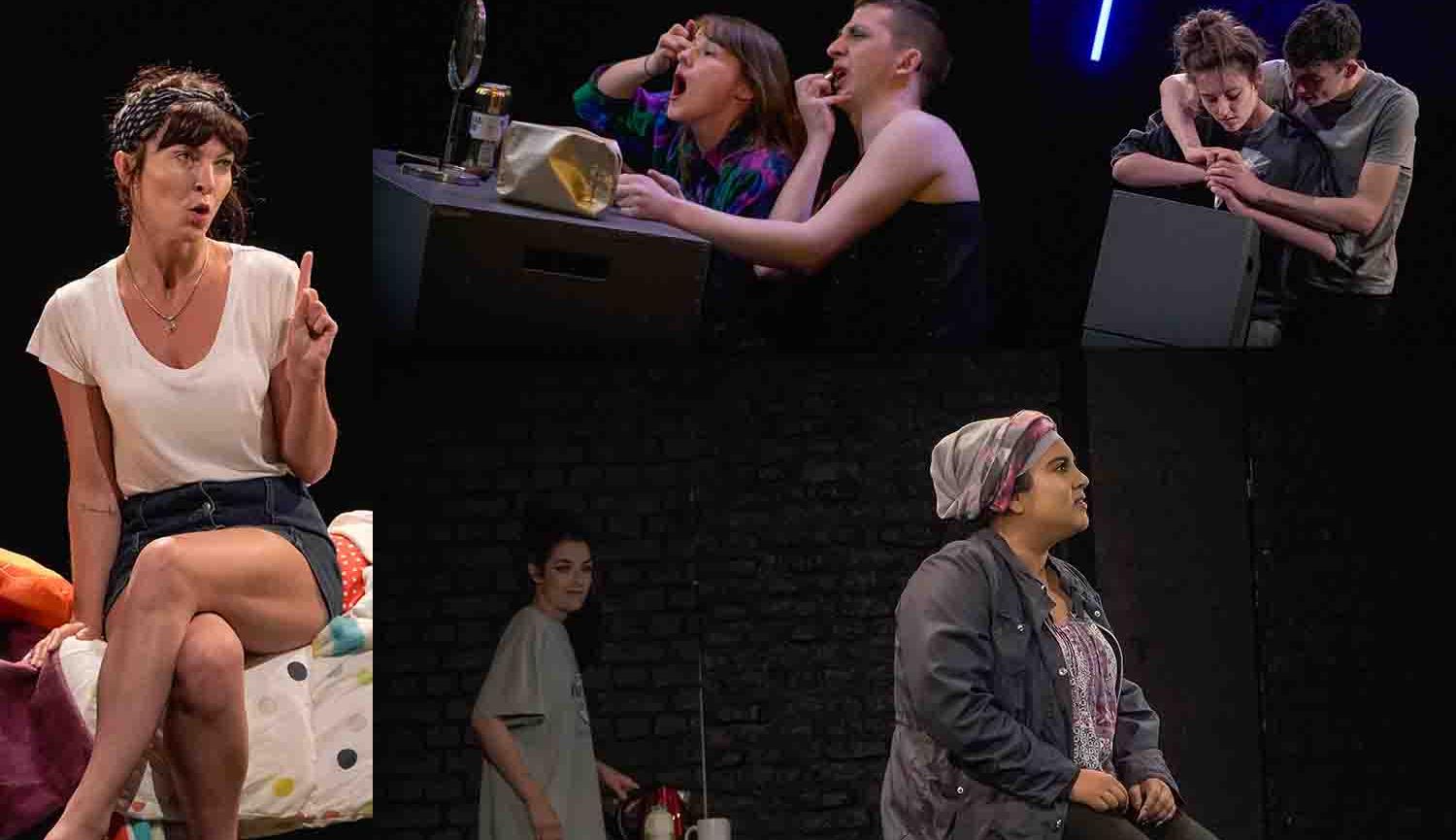 An evening of short plays from new voices. Over the course of one action packed weekend, a selection of 10 minute plays are produced and performed based on the theme of Light it Up.

Writers were selected from an open call out in the summer.

‘You can visit anytime. You know where we live. Pop round and see the baby – when you’re done butchering your enemies.’

It’s a significant night along the coast of Huanrith. It’s a significant night in the real world too, though whether Kevin wants to live there just yet is up for debate. The transition to adulthood is never as clear as we’d think, but there comes a time when responsibility comes a-knocking. That said, the beacons of Kalarhan wont’ light themselves and who could ignore an email for assistance.

‘No good us sitting around moping, is it? Dad wouldn’t want us sitting here worrying, biting our lips. Would he?’

It isn’t often that the whole family are together under one roof. The adjustment might take a while. It’s nice. It could be nice. It would be nicer if Dad were back. There isn’t much that can be done, it’s a waiting game.
Liz plays peacemaker, Joe doesn’t want to play, Abi has been absent from the game for too long.

‘At first it was barely noticeable, a slight change in the colour of the room but before long the whole bar was lit up’

‘I just thought…if we’re all in different places…I don’t know. It sounds stupid, but I thought it would be nice to know there’s one thing in the universe that we can all just…look up and see.’

One night under the stars; friendships and camping; a time to reflect. Sometimes the universe seems vast, but if you pause and let your eyes adjust, clarity can be found in even in the darkest of places.

Juliet, Kat and Libby try to get comfortable on a night that feels decidedly unsettled.

‘I don’t do distressed widow very well, do I?’

Sindy is having quite the day. Lots of last-minute errands, the bowling club wives to appease and a Jet2 flight to Tenerife arriving soon. All she can hope is that the funeral is short.
At least she is keeping a sense of humour about it all, that and Bernie’s two bed with a sea view!

‘The music is playing, the blankets are smoothed, a touch of perfume is in the air and, laid out, are wine glasses and china for three.’

Counting down the days until Jamie is home. Time dedicated to setting a scene, perfecting your welcome. You can curate it all before it happens. Looking out the window as he probably is. Right now. You can keep your mind busy in this world, his world. You can be right there with him even when he’s away.

‘I just think it’s so unimportant. I say that but I’m making a big deal out of it now and out of you. But that’s just cos’, you know, I just wanted someone to talk to.’

The night shift at a fast food franchise. The customers are pricks, it’s only one measly pound more than the day wage and that probably isn’t worth the extra effort.  Becca and Connor have nipped out back on a break. Connor tries to smoke, Becca tries to be honest, neither finds it easy to do.